With S’mores, horseback rides, barrel racing, mutton bustin’, hot air balloon rides, firepits and live music, the COS Rodeo bring lively images of what the magic of the world looked like as a child…

As a young adult….

And as those who will always remain young at heart. Treasuring the simple, beautiful things about life and the magic it holds…. 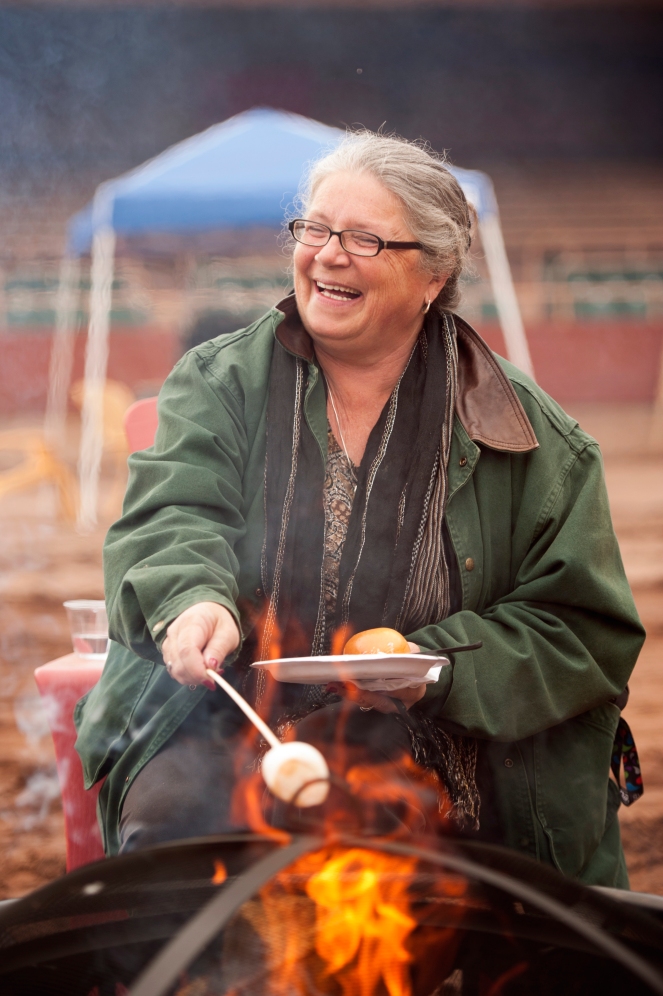 A big thank you to everyone who came out and participated in our 2017 rodeo. COS Rodeo 2018 renews the spirit June 20th with the same exciting layout. Western Wednesday’s wouldn’t be the same without the amazing people who participate and attend!

-The Adventures Out West team

Denim is always looking for a new adventure, and he has a keen eye for wildlife. Here are some photos he’s snapped while out in the field! 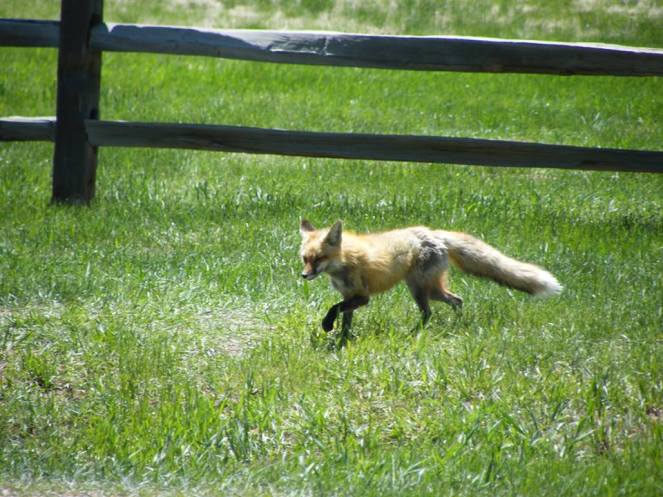 *Ring ring* “this is Eric with Adventures Out West, how can I help you?”

*Thud* *slam* “WELL HELLO GIRLS! What a blessing you are!”

“Where are my passengers?? They’re 10 minutes late; will you call them?”

Thus goes the sounds of the Adventures Out West office in the mid season. There’s never a dull moment and we feel most comfortable when there’s fifteen things for us to do at once. When people ask what I do at my job, it can sometimes be a little difficult to put in to words. Should I say that I put out fires? I help retired drivers figure out their time cards and how to work their smartphones? Perhaps I could say that on the rare occasion when I’m not staring at a computer screen I’m using it to explain to my driver that he’s going to pickup at three different locations and drop at a totally unconventional location in town because his folks would like to do some shopping.

The wonderful thing about this line of work is that no two days are the same. There’s always new people to meet- coming from all over the world and all walks of life to experience the Garden of the Gods or try their first zipline tour.

Like any good job, the people here become family, and a lot family interactions involve getting your crazy uncle towed out of a large “puddle” in the High Country that he “was sure wasn’t that deep last week.” (That happens in normal families, right?)

Gradually the tours slow to a small trickle; Memorial day becomes labor day and labor day becomes October when the drivers are lucky to get one tour a week in comparison to two tours a day six days a week.

In the office we still stay preoccupied with prep for the next season, eagerly awaiting the craziness that we ourselves are crazy to love.

So Texas Tom on intercom

Broadcast to us a WARNING!

The air is sweet, our time to meet

Is early in the morning.

I’ll take you round our little town

and tell you all its story:

Its shady past, its things that last

Its triumphs and its glory

So belt right in and with a grin

I’ll drive you till you’re sated.

Please be our guest upon this quest

Buffalo Phil tells some of his stories from the field:

One New Year’s Eve day I was sent to the Broadmoor for a Foothills/Garden of the Gods tour. There I met two middle-aged ladies from south Florida, on a holiday getaway from their husbands. When they boarded the jeep one of the ladies – the one who booked the tour – spotted the cooler and asked if there were frozen margaritas inside.  I said, “Unfortunately no, but I like the way you think.”

This was a wintry day, with snow expected and, sure enough, as we headed up to the Short Line the snow came hard. Passenger Number One whipped out her cell phone and called her husband back in Florida: “You’ll never guess what. I’m in the middle of a snow storm in an open Jeep with a crazy cowboy named Buffalo Phil and I’m having a ball.”

We spent the rest of the tour bundled up, seeing the sights and telling jokes, and she rewarded me with a very generous tip.

[Another time] I had a group of gentlemen from Japan on board for a foothills Tour. Only one of them spoke any English at all (I think he had about a dozen words), and he rode shotgun and acted as interpreter.

Needless to say this was a bit of a difficult trip, with the translator trying to explain my explanations of what we were seeing. They were all in a good mood and seemed to enjoy the tour a great deal, and near the end they had a special request: to buy beer. I stopped at a liquor store on Colorado Ave. and let them go inside. Soon the interpreter came out and asked me to come in.

The guests were having quite a discussion with the store clerk around a stack of Bud Light 12-packs. Seems the clerk wouldn’t sell them beer without ID, which they didn’t have. The interpreter asked if I would buy it, and I agreed, but the clerk said he knew what was up and didn’t want to sell to me, either. We left.

Back in the Jeep I told the head guy to give me the money and I would go to another store and make the purchase. He have me a bunch of $20 dollar bills, I bought a bunch of Bud Light and he told me to keep the change as a tip.

Two climbers were rescued recently after a day in the park turned scary. Apparently the two climbers ignored signs warning of the dangers of climbing in the park.

GOG Park has been a long time favorite climbing place for local Colorado Springs residents. The sandstone formation that makes up the park provides an unparalleled surface for climbing. The stone is similar to that of 100 grit sand paper. The rock sticks like glue to the rubber soles of climbing shoes and tennis shoes and sandals etc. It is very easy to find yourself 50 to 100 feet up in a short time. Coming down is not so easy. Climbers must sign in at the GOG Visitors Center attesting to their climbing ability and knowledge of the rock prior to climbing.

Every year in the height of tourist season Search and Rescue gets the opportunity to bag some game. Rescue teams are called to the Park to remove frozen climbers that have gotten stuck on a precarious ledge.

The climbers rescued this week were climbing on Balanced Rock, one of the most famous rocks in the park. The two climbers were attempting a never before climbed route on the bottom side of the Monolith. The pitch was rated 6.0, also called a ceiling route. This type of maneuver includes negotiating the tiny cracks of the rock while hanging upside down. The ultimate machismo in climbing is to do this without the security of a rope.

Concerned citizens called for the rescue when one of the climbers was unable to release his grip from the rock, frozen in fear. The lack of rope had brought many an onlooker to witness the feat. When Search and Rescue arrived the climber had been stuck for nearly 30 minutes. Unable to talk the climber down Search and Rescue prepared for an evacuation.

At that moment a child visiting the area from New York suggested that tickling the climber in his armpits might release his grip. The young girl walked around the rock to where the climber was and did just that. The climber screamed and laughed at the same time as he fell to the rock below. The young girl pointed out to the climber the sign warning of the dangers of rock climbing in the Garden of the Gods.

Colorado Springs: It started as a pleasant weekend drive for the Lambert family of Colorado Springs. Charlie, 38 and Susan, 37, had loaded the children, Kyle, 10, and Kayla, 12, into the family car for a drive in the foothills west of the city. They had driven up North Cheyenne Canyon and were headed down the Gold Camp Road back to town.

The drive had provided great views and fun for the family until they exited the old railroad tunnel #2. Their Family outing suddenly changed to an exciting adventure.

“As we left the tunnel, I noticed an open area to the left of the road,” explained Lambert. “Suddenly, I saw something moving in the bushes. I slammed on the brakes to get a better look. I just got a glimpse, but what I saw sent a chill up my spine.” He went on to describe a man-like or ape-like creature that he estimated to be better than seven feet tall, covered with hair, and walking on two legs. “At first I thought it was a tour guide from Adventures Out West, but by the time I could get my camera out, it was gone,” stated Lambert, “…and I wasn’t about to go into the woods after it.” He did leave the car, to his family’s terror, to see if he could find tracks the creature might have left. He said that he found no obvious evidence but that he did notice a foul smell in the air around where he saw the creature.

Was what Lambert saw, the fabled Big Foot, also known as a Sasquatch? Big Foot has been noted to roam the area. There have been numerous sightings of the beast on and around Pikes Peak. Colorado Division of Wildlife officers are looking into the incident but have made no public comment at this time.

Ziplines in Colorado are fun year round! Winter Wonderland ziplining is in full swing!